Datasets for the SWAT model in Heihe Rriver Basin

Datasets for the SWAT model in Heihe Rriver Basin

a) The basic topographic data include DEM and river network. The size of DEM grid is 50 * 50m, and the drainage network is manually digitized from 1:100000 topographic map.

b) Soil data: including soil physics, soil chemistry and spatial distribution of soil types. The scale of digital soil map is 1:1 million, which is converted into grid format of ESRI, with grid size of 50 * 50m. Each soil profile can be divided into up to 10 layers. The sampling index of soil texture required by the model adopts the American Standard. The parameters are from the second National Soil Census data and related literature.

(1) Temperature: the data of daily maximum temperature, daily minimum temperature, wind speed and relative humidity are from the daily observation data of Qilian, Shandan, tole, yeniugou and Zhangye meteorological stations in and around the basin, with the period from 1999 to 2001.

(4) Solar radiation: solar radiation has no corresponding observation data and is generated by model simulation.

3.Datasets for the SWAT model in Heihe Rriver Basin

7.Data of annual lake area in the endorheic basin of the Qinghai-Tibet Plateau from 1986 to 2019 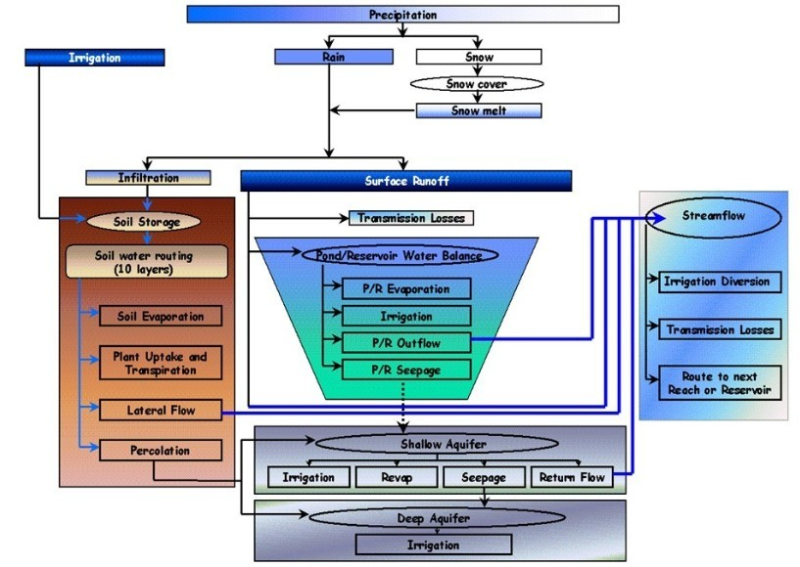